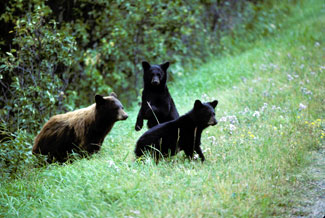 Pascal Biagini was born in 1923 in New York City, but lived most of his life in Delaware County, Pennsylvania. A first generation American of Italian descent, Mr. Biagini dedicated his life to giving back to his country, his community, and the world that intrigued and inspired him.

A veteran of the United States military, Mr. Biagini was a teacher in the Philadelphia school district. He carried over the love of knowledge that he shared with his students into his personal life. He was a collector of books, literature and objects from foreign countries. He studied languages and traveled frequently to pursue his interest in foreign cultures.

His immense curiosity about the world explained Mr. Biagini’s interest in the environment and his compassion for animals. Everyone who knew him could attest to how deeply he cared for his pets, and Mr. Biagini’s legacy demonstrates his commitment to the Earth and all who call it home.

Mr. Biagini’s lifelong passion for animals, for the environment and for the world beyond his community translated to a pledge to give a voice to the people and creatures that cannot speak for themselves. A truly generous man, he lived frugally and designated nearly all of his estate to charities that shared his beliefs. Greenpeace is honored to be included on this list as a friend entrusted to carry out his vision for present and future generations. We plan to carry out Mr. Biagini’s wishes as we bear witness to environmental injustices and fight to protect the world he loved so much.