Devin Weaver: 'Generation Y' creates a legacy and stands up for our Earth 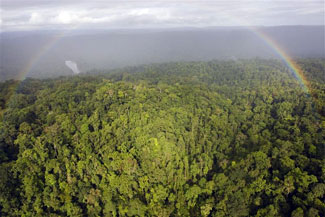 Only in his 20's, Devin Weaver has shown us that Greenpeace supporters of any age can make an impact with their legacies. A Los Angeles native, Devin first learned about Greenpeace through grassroots activism while attending UC Santa Barbara. After taking part in a successful clean energy campaign on campus, Devin saw the difference young people like himself could make.

Inspired by our policy of non-violent direct action, Devin discovered that there was much more to be done for the environment and was eager to start making our world a better place. Since that time, Greenpeace has been lucky enough to have Devin on our side as an activist and as a legacy supporter. Devin has made a career of his commitment to stop environmental injustices, but he wanted to give more. He new he could make a lasting difference by providing for Greenpeace in his lans for the future. When asked what inspired him to consider a legacy gift, Devin told us, “No one is powerless. I know that those who leave a legacy through Greenpeace can feel confident in a future that they are helping to create.”

Real solutions to our Earth’s biggest problems are made possible not only through gifts but also through a common vision of a better future. Devin Weaver has provided Greenpeace the tools to address environmental challenges, and his expectations of what Greenpeace can achieve encourage us to make this shared vision a reality. In Devin’s words, “The day that you stand up for the future you want is the day that change starts to happen.” Legacies like Devin’s do more than support Greenpeace, they inspire us all.